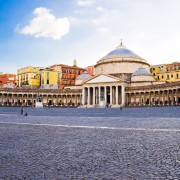 On Sunday January the 11th, a sad thing occurred: the hugely popular Neapolitan songwriter and singer Pino Daniele was hit by a major heart attack and died a few hours later. The city of Naples lost one of the most loved icons of its identity at the age of only 59 years.

The next day a beautiful idea hit the social media: all of his fans were to get together on the largest square in town, the Piazza Plebiscito, Tuesday at 9 pm. to sing “Napule è” together – one of his most famous songs (http://www.youtube.com/watch?v=zeLb-G8GXfk) 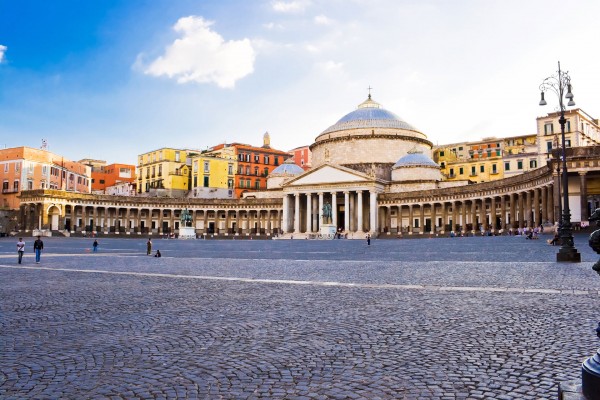 The collective singing, though, never happened. On the steps in front of the church, at the head of the square, a large company of 100-150 people started several songs, but no-one could see them elsewhere. A bunch of bravehearts had climbed the statue in the centre of the square, one with a guitar, and tried, but they could hardly be heard. In general, people just mulled about the square in their little groups, trying to get somewhere, without knowing where that was. They were busier talking in their cell phones and texting to others about where they were, rather than actually doing something together with the people around them. Nothing caught on.

Have you ever heard 100,000 voices singing a song together? It sends the shivers down your spine and easily opens up the taps in your tear tubes. It can create a huge emotion of human bonding, transcending individual existence. Nothing remotely like this happened during the flash mob for Pino. The people were there, ready to mass-mourn, shout a collective goodbye, but the potential magic of the event never materialised.

Those who had gathered the exceptional crowd had forgotten to think one step further: how to manage it and spark off the emotion. It would have been enough to invite one of Pino’s fellow musicians, put him on a small stage anywhere in the Piazza Plebiscito and give him a poor sound system. The crowd would have had a reference point and would have sang along with one voice.

I left and took the overcrowded metro back home, a bit lost, disappointed. A majestic opportunity to honour a rare musician in a uniquely powerful moment had been squandered due to poor meeting design. To make these people sing, I thought, it would have taken Pino himself.