As a girl from Taiwan, which is famous for its diversity of food, we know about taste! We also have a very varied vocabulary to describe taste in mandarin, such MA(麻) to describe the feeling on the tongue similar to spicy but caused by sichuan pepper not chili. But how can we taste a meeting? And what does it mean to say it tasted authentic?

The 2017 Meeting Design Practicum started in a market, which impressed me a lot. The market tasted tasted super crunch. It made sounds, a little bumping in the month, and usually happy food. That is how we began the journey of authentic taste about meetings.

The following two days, we sometimes sat in a dull conference room but played like teenagers. In this laboratory, everyone was the scientist, conducting experiments about new formats of sessions. When you need to taste something you never tried before, it is natural to turn on all the senses so you are able to share. And just like that, everyone of us created and tasted so many new sessions. Some are full of nutrition but tasteless, some are sweet but simply a comfort food, and others can be the next trendy dish for meetings! 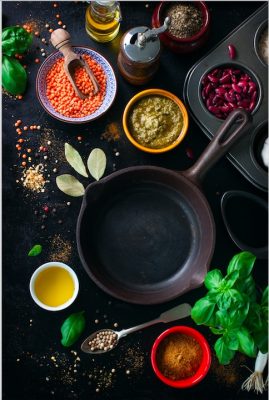 Nevertheless, some things we did were the most authentic dishes on the MD table. They may not be as fancy as Michelin-starred restaurants but they provided the homemade flavors on the corner of your house. Which is the food you would try to make at home.

Like meetings, we perhaps remember wow effects for lifetime, like eating Michelin, but it would not make any change in your life. MD Practicum, on the other hand, is that kind of small restaurant to give the simple and basic food, which we would try to do again or imitate with our creation for our own version.

I grew up in Chinese culture mixed with some Japanese lifestyle in Taiwan so that we are good at fusion. But now, when we need to bring the very Western concept of Meeting Design into the traditional Asian meeting industry, we first need to understand the authentic flavor and how it is usually used in a meeting dish. To serve a great fusion of meeting design in Asia, we first tried to give the authenticity of the concept for presentation but failed to cater for the taste. Therefore, we tweaked to adjust the portion of Meeting Design in one event and make it light for beginners. I wouldn’t say it was entirely successful already, but it worked in some way.

Last year, I designed a camp for those interested in event industry, especially in conferences, congresses and meetings in Taiwan for a vocational training association. We called it Watermelon Camp and it was a great success! Instead of making loud on promoting Meeting Design as a main product, we marketed Watermelon Camp as a new learning approach. In this manner, the participants tended to open their minds, absorbing the ideas we wanted to share. This year, we move the focus to exhibitions and while I was thinking about the program, I joined the tasty practicum, which provided me so many ingredients to cook for this camp. We will, again, attack the market with mild flavor of meeting design but stay authentic!

Would you like to have a new taste of your meetings? Try to add Meeting Design to be more Michelin-starred!